I was doing a show in Maryland and a woman looked at a bowl and exclaimed:  “That’s Norway maple isn’t it?  Well at least it is a dead one!”

She worked for the government in an agency that combatted invasive species.  In spite of all the hype I have never known an invasive species that took over the whole world, except for mankind, I guess.

My own feeling is to make the problem the solution.  If you can make something beautiful or at least useful from an invasive or unwanted species then then next thing you know it will make it to the endangered species list and another government agency will be getting involved.

A few months ago a woman brought me the biggest buckthorn log I have ever seen.  Buckthorn is an invasive species here in Vermont and elsewhere.  It is a low scrubby bush with bad thorns and it spreads easily.  You will find it in overgrown meadows.  It is not a climax tree and gets shaded out by the taller climax growth hardwood trees.  The wood is very hard and tends to have twisted grain which checks easily.  However, like any dense wood it turns well. Here are some of the items I made this woman from the chunk of buckthorn she brought me. 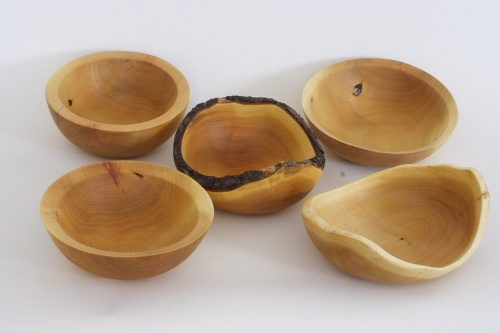 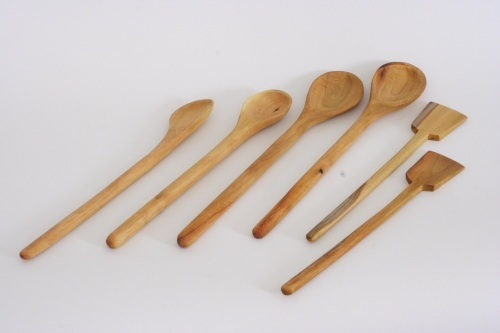 To my eye the wood has a lovely orangish tan color.  I was trying to tell my son who had never seen it what it was like. I told him that it looked exactly like buckthorn.  Don’t know any other wood that looks like it. 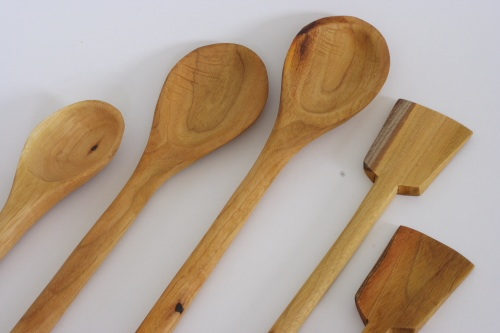 A close up reveals the interesting color variations of the grain.  You can make out a little curly pattern on the spoons. Who would have guessed you could make anything useful out of buckthorn?  I once heard a definition of a weed being a beneficial plant the use for which has yet to be discovered.

This same woman, who had been doing some land clearing, also brought me what I would describe as a cedar fence post. Where I come from in Virginia we call it common red cedar.  Actually, it is Juniper virginianis, a juniper and not a true cedar like we have here in New England.  It was about five feet long and no more than six inches in diameter.  It surface was deeply corrugated.  She wanted something made out of that!  Here is what came out: 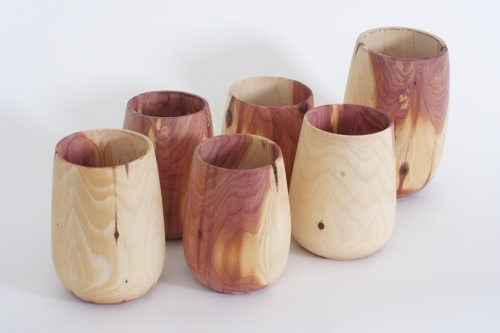 Frankly, I was surprised at the interesting patterns which appeared with spindle turning this aromatic wood.  A man from New Zealand spent a day in my shop recently and I let him turn a piece of this wood.  He was delighted as no wood of that color grows in New Zealand.

Going back to that invasive Norway maple here are some things that came from that “dangerous” species.  These were ornamental trees planted in people’s yards that died or had to be cut down for some reason. 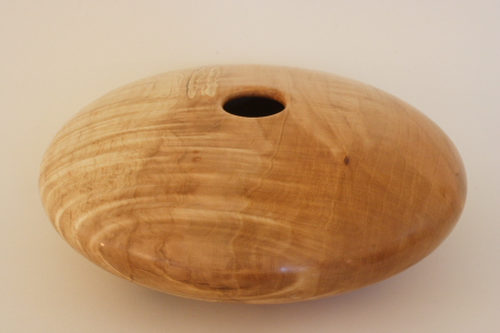 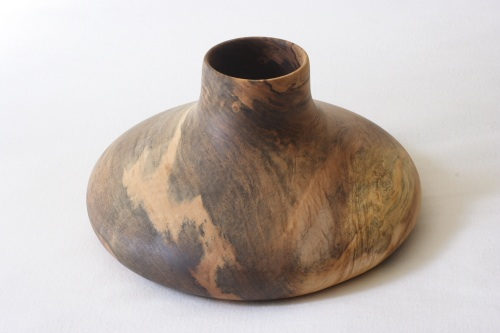 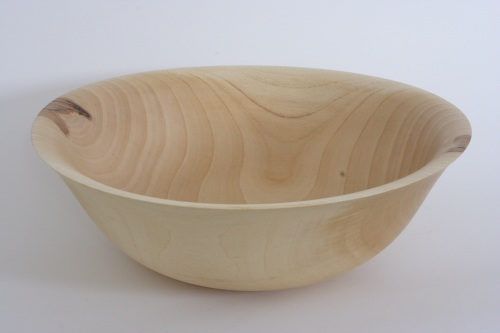 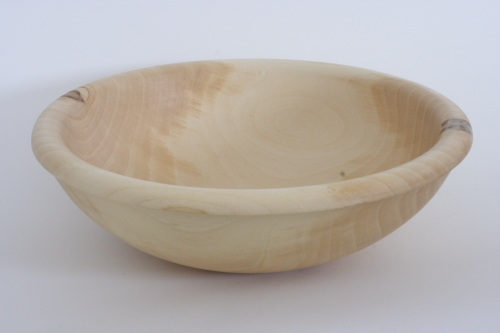  
So, for my money, everything has a use.  Don’t overlook the unwanted and invasive species.  I’ll take all the Norway maple and large buckthorn I can get.

Previous post: What Can I Do With That Wood? Part 2